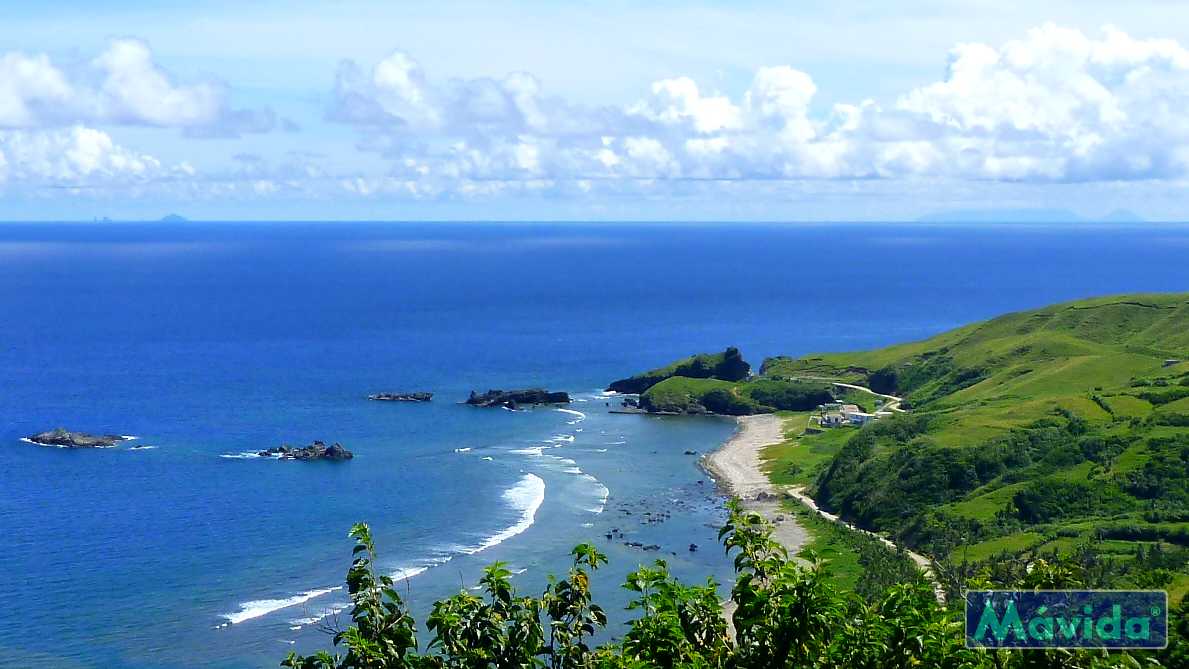 In the southern part of Batan Island is Uyugan, Batanes.  The above picture shows a beautiful view from the hills above Imnajbu. The structure on the right quarter of the picture is the Batanes National Museum – Batanes Extension Office.  Near it is Madangay, a favorite spot for picture taking.  This view is facing the south side of Batan island.

The islets on the top left are called ‘Tuhus’.

The island on the top right is Babuyan Island, known to some Ivatan’s as ‘Nabalbal’.  It is not common to see that island on a regular basis because that is actually about 100 kilometers away and it’s mostly hidden due to atmospheric haze.  On this day, it is our lucky day to have a wide and long view.

Uyugan with the two other barrios of Itbud and Imnajbu are still the quiet towns I know growing up.  There are still many houses there that exemplify the stone houses we associate with Batanes.  Try to visit this place and quietly walk around the towns and you feel what Batanes is like.  You only hear the sea waves, birds singing, an occasional rustling of a soft breeze here. If you get tired of the constant hum of activity in Basco, maybe Uyugan is a break.  Come visit the town less traveled.

When you go, say hello to the locals by saying  “Kapian Dios”  (God Bless you) and when you leave, say “Dios mavidin” (May God be with you).  You will both part with good memories of Batanes.